Sugar Evil,  it’s much worse than we had once believed.

2.  Sugar may also has a role in cigarettes, The following Bloomberg article describes the deep & complicated nature of the link between the sugar and the tobacco industry.

A pound of butter or a pound of sugar?  The question of which is worse is not so clear anymore. 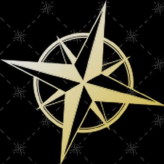 Previous StoryWorld’s Best, Found Out In The World
Next StoryPPI and STROKE are Linked